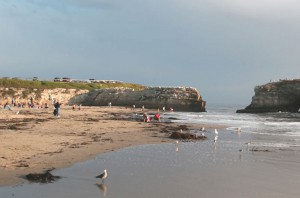 The city of Santa Cruz, CA is situated on the northern part of Monterey Bay, about 74 miles south of San Francisco and 30 miles from San Jose.  The city has an area of 12 square miles and an estimated population of 15,001 (2005).

The major industtries include agriculture, tourism, manufacturing, food processing and high tech firms. About 10% of the land area of the County is devoted to State Parks, several of which are within or ajacent to the City limits. The climate is mild. The average high temperature is 69 degrees and the average low temperature is 44 degrees. Rainfall averages 32 inches per year.